Now that regular blogging can go on again, it’s time to get caught up with Cee’s Share Your World challenge. Today we’ll be covering weeks 21 – 27, so buckle up!

Starting with the newest and proceeding to the oldest, here we go –

If you were the architect of one existing building, which building would you select?

This is an odd question. Would I be claiming the credit for designing an iconic building? Would I become the architect? What if the building is 300 years old? What happens then? I’m gonna change the wording of this one: if you were a building, which building would you be? Answer: the Guggenheim, because, awesome! 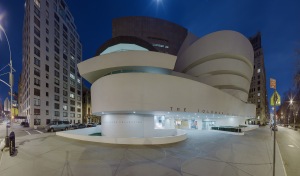 We toured through back in 2004 when we visited New York and it was a wonderful experience that I would repeat in a hot second.

What is one of your favorite quotes? 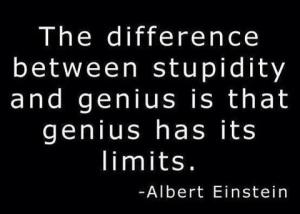 What color do you feel most comfortable wearing?

Shades of brown or gray with pops of color.

What is something you learned in the last week?

You can’t force someone to put on corrective glasses, even when they are not able to perform the job at hand without them. All you can do is resist the urge to strangle and take over the job. This is another “character building” experience I could have done without.

Is your refrigerator organized or a mess inside?

If you could be famous for one thing, what would it be?

What one thing have you not done that you really want to do?

Owned a small farm. I could totally make it pay for itself and be self-sustaining if only I had a chance.

Where do you eat breakfast?

Nowhere. I’m not hungry until 1030 and I think that would be called brunch, not that I eat at that time, either. Lunch is at 1130, eaten at my desk during the week, and eaten quickly while batting away cat & dog on the weekend.

What is your favorite type of dog?  (can be anything from a specific breed, a stuffed animal, drawing, cartoon or character in a movie or TV show)

I prefer a Good Dog. Breed doesn’t matter. A well-mannered, polite dog is a joy to be around. Not that I would know…

Name one thing not many people know about you.

I’m afraid of heights. I’ll climb an eight-foot ladder, but no higher.

Have you ever gone scuba diving?  If you haven’t, would you want to?

God, no! The idea of being trapped under water when the air runs out is terrifying. Also, sharks.

What was the most important event in your life last week? (anything goes it can be a good nights sleep, finished a reading book,winning the lottery, or getting married)

Pulling the carpet out of the front half of Towanda. Man, that was satisfying! I’m loving the cooler floors and will get the rest of the carpet out this week if all goes well. It’s RV Renovation Month for Awana and I and we have lots of projects in the hopper.

What makes you feel the most secure?

If you were a shoe, what kind would you be and why?

I am Ordella by BOC. I am practical, comfortable and made of sturdy materials. I am casual but tough enough to Get Some Shit Done at a moment’s notice.

How many languages do you you speak?

One fluently and one enough to understand most of what’s said but no longer conversational. Sigh.

What was the largest city you have been to?  What is the one thing you remember most?

NYC in 2004. I remember how NICE the people were. We heard all sorts of horrible stories about how rude New Yorkers are, but every experience we had was wonderful.

Would you rather be stuck in a small plane with mild turbulence for 2 hours or be a passenger in a car racing the Daytona 500?

Would you like to sleep in a human size nest in a tree or be snuggled in a burrowed spot underground?

Underground because it’s impossible to fall out of a burrow.

In a car would you rather drive or be a passenger?

I find that I prefer to drive these days, although there was a time I preferred to be driven – that’s guilt-free knitting time, after all.

Regarding animals would you prefer not having them around or having domestics pets, farm animals, or seeing them in nature or the zoo?

All animals, all the time. I don’t like zoos, though.

Are you a collector of anything?

If you could know the answer to any question, besides “What is the meaning of life?”, what would it be?

What do cats really think? Are they as Zen (and crazy) as they appear to be?

If you could make a 15 second speech to the entire world, what would you say?

Is this just a message or would I be laying down new laws? I would say that people suck. And are mean. And it Needs to Stop before we are all destroyed.

If you could take a photograph, paint a picture or write a story of any place in the world, what and where would it be?

I would photograph and study Wallachian sheep – 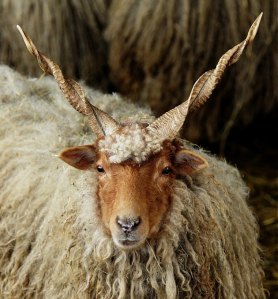 If you had to spend one weekend alone in a single store but could remove nothing, which store would you pick?

I would try out all the furniture at Ikea. I’ve never been, so it would be a busy weekend.

If you were given a boat or yacht today, what would you name it?  (You can always sell the yacht later)

Revenge. I would fit it out with a long, reinforced bowsprit and go sailing in the Salish Sea, ramming a certain sailboat piloted by Captain Bligh, sending it to the bottom of the ocean in as spectacular a manner as possible. If it won’t sink, I’d burn it to the waterline.

Okie-dokie! We’re all caught up. More details about what’s been going on sometime soon. The Crew and I will be OOT for the weekend at Mom’s helping with the neighborhood yard sale. I got a new phone, so there may be some tweeting or facebooking. Stay tuned.